This is a bit of a "maybe" because I haven't started playing the game, but FF BE was recently released in English and looking some information up on it in the Wiki, I found something that might be of interest... 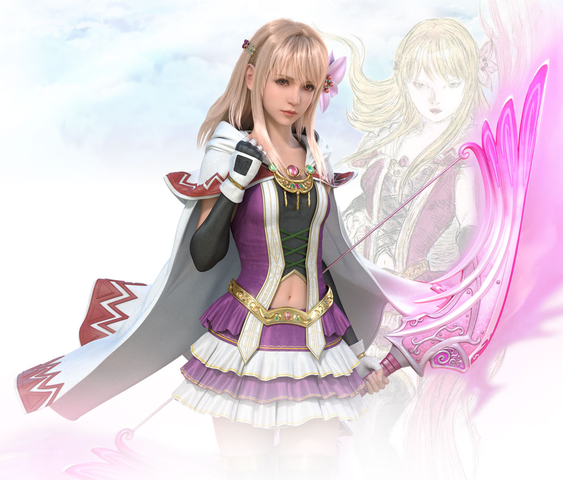 Fina: A girl who emerged from the Earth Crystal. Having lost all memories aside from her own name, she tends to take childish risks because she doesn't know any better. She's skilled in the ways of white magic and archery, though she cannot remember how or why

And the part of interest is... 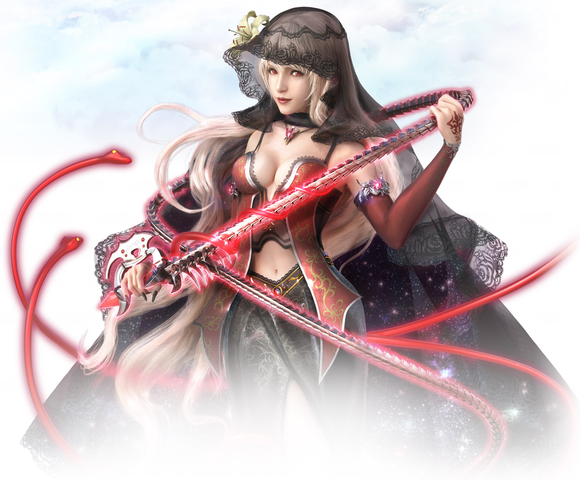 Unfortunately, the Wiki doesn't seem to have any detail as to why and when this happens - I want to think some corruption went on, but it could just be that she was always one along or something like that.

And I'm not sure whether this has been implemented yet in the English version - if anyone wants to give it a try, let us know in this topic.

I saw a video of the boss fight against "Majin Fina."
It implied a story sequence, where Rain's map sprite was joined by not just Lasswell's map sprite, but FINA'S as well.

So unfortunately, I'll have to break the news that Fina and "Majin Fina" are separate entities. What shenanigans lead to this, I don't know. I've been theorizing "Dark Crystal manifestation," something related to the fact that Fina came out of the Earth Crystal. Or there could even be a bit of a Cia scenario here- girl seals away her pure soul (into the Earth Crystal) to gain power.

But I probably won't be able to know what her origins/motivations are for quite a few months. I'm not entirely sure when she actually appears in the story either, but the acquired playable version of her from the game's gacha summoning system was very recent.

Well, other places on the net have said some things, but the big thing about her is-

Majin Fina is Majin Fina because she remembers everything. The villain has already said something like this at the end of the second chapter in global: "When you remember, you will look down and find that where you stand is no longer with them"

I initially called her a "Cia" scenario... I think she might be closer to a "Nameless/Archer/EMIYA" scenario. Can't confirm yet whether or not she is a Vision (like all the units you can summon), or whether she's a past self or future self. Leaning towards future self though, because I could swear in another video I saw of her, she calls Rain by name as though she's familiar with him.

So at this point, she could be a "corrupted possibility of the future."

Very interesting theories dood, hope it boils down more in our favor(she becomes corrupted in the future).
_________________
AKA Allan, lurker3009, Swacorpse, current acting moderator of forum/group, feel free to contact me with any questions
Where I find and source pics.
http://swacorpse.deviantart.com/ , http://www.pixiv.net/member.php?id=976522
http://raindayofmay.tumblr.com/ , http://www.hentai-foundry.com/user/Rainday/profile
https://groups.yahoo.com/neo/groups/charmed_by_hypnosis_haven/info

Well guys, the truth is out-

She's not one of the bad guys. That alone is strange enough, as she is the heir to Hess of the Darkness; while the Six Sworn of Paladia (the Veritas Knights, your adversaries) are the servants of Aldore of the Light.

Her personality is the polar opposite of main heroine Fina, but she's not evil, and contrary to what I thought, she's not a separate entity. As I've played through the "Vortex Events," it's become increasingly clear that they're using the excuse of "realms created by Rain's power of Visions" for why they're traveling into different FF (or other series) realms. That will likely also be the case with the event that introduces the Dark Fina unit- "Memories of the Aquapolis." Though these are real places Rain will have already visited, he'll be traveling through a Vision of them this time around, and in the Visions, Dark Fina will appear as an adversary, and as a separate entity from Fina. But again, this is just a Vision, and should not be held to canon.

Also, likely due to heroine Fina's feelings, Dark Fina may also have started to fall in love with Rain, when her original intent for him may have simply been to empower one chosen by fate to be a hero.

If I had to compare her to something, it'd be Moka (Rosario + Vampire).

Just popped up on 2chan 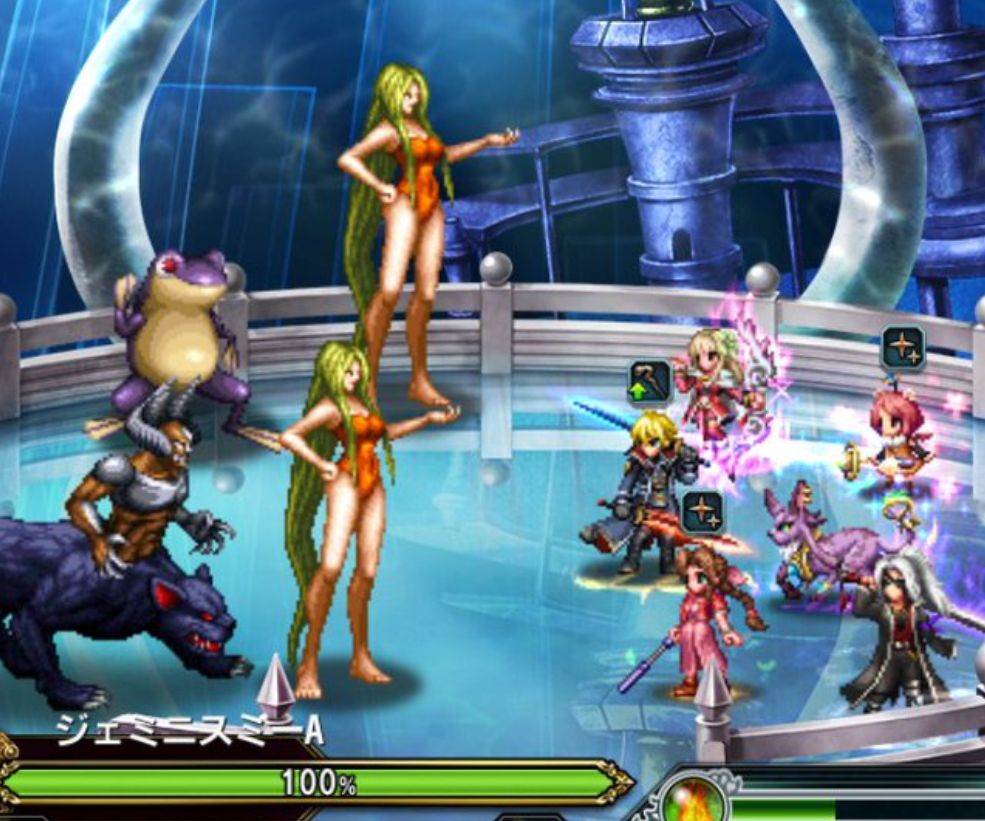 (Charmed Fina and Aerith humping tall Jemnezmy's long and sexy legs, her imposing size giving her a even more goddess like quality in their charmed state) (also yeah yeah I know that enemies are oversized to allow for more detail in 2d rpgs with chibi main characters but still)
_________________
AKA Allan, lurker3009, Swacorpse, current acting moderator of forum/group, feel free to contact me with any questions
Where I find and source pics.
http://swacorpse.deviantart.com/ , http://www.pixiv.net/member.php?id=976522
http://raindayofmay.tumblr.com/ , http://www.hentai-foundry.com/user/Rainday/profile
https://groups.yahoo.com/neo/groups/charmed_by_hypnosis_haven/info

It's about freaking time.