So as to not retread stuff I've already covered here are links to all the games/anime that have
Senran Kagura Burst https://charmed.variousforum.com/t504-senran-kagura-burst-f-f-mc

So this is the 2nd game in the series(3rd in Japan since one and two were released as a dual package here), Senran Kagura: Deep Crimson. A little pre-rundown to explain what's going on. Due to the events in the last game, the villainesses of the last group have become renegades(known as Homura's Crimson Squad), and due to events in this game they have formed a temporary truce to eliminate (sexy)Yoma. Oh, but there is one awful bastard named Dogen(from the first game) who is the worst type of mind controller(previous victim was Hibari who he turned into a bitch), the type that would turn you into a still aware doll, or should I say tool, to use you to control and sacrifice your friends and then yourself to summon yoma so he can rule and then end the world. I abhor him. This relates to the current setting where Haruka(the one he controlled at the beginning of the game) spots him and gives the chase, while a worried Hibari tries to stop her. That being said the relevant hypnosis in this scene is light and fluffy, with a little bit of sexy at the end. 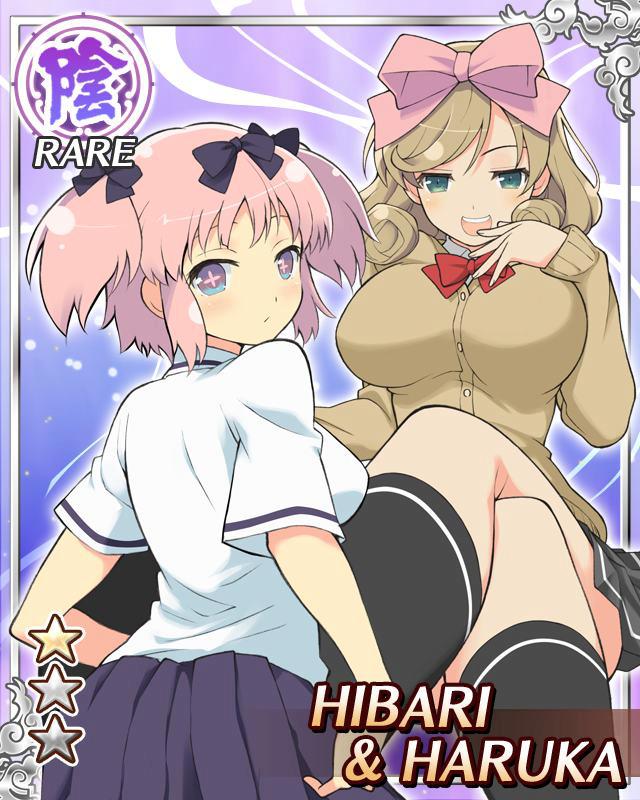 Hypnotist: Hibari(1), Haruka(2)
Victims: Haruka, Hibari
Methods: (1)Hypnotic eyes(known as Kagan, the flower shaped pupils allow those that have them to become master hypnotist), (2)Puppetry(body control)
Effect: (1) Cause the victim's speaking skills to become broken, making them sound quite funny, (2) Causes the victim's body to obey the wielder effortlessly
Time: (1)1:25-5:40 (2)6:13-7:11


So no huge animated scenes or anything, just flashes of light with some amusing dialog. Still, this did finally answer the question I've been having about Hibari's eyes. Who would've thought they were the reason Hibari became a ninja, and that they allow her to become a master hypnotist at that. As for Haruka, it's great to see her use her powers on someone finally(or Hibari a second time if you follow the events of the anime). Such a sexy application to them too, a two hour massage from Hibari, just imagining how that would play out blows my mind(new masseuse and experienced customer instructing her with orders her body must obey). I also liked how they reworked groping animation to illustrate Hibari's body lusting to follow Haruka's order.

After the battle when you talk to Haruka she says something quite interesting
"There's something about Hibari's scent, something... magical. I can't wait to see what's she's like in a few years. Oh ho ho... Yagyu just might be her first victim."

That's full of stuff to analyze =) Like the Kagan also possibly giving Hibari heightened pheromones, and possibly Hibari using her powers on Yagyu in the future, intentionally or unintentionally is hard to say.

As for Hibari, well, she's got a role model it seems.
"What do I have to do to be a classy lady like Haruka? She keeps telling me I should "Stay just the way I am," but... I know I can't keep eating sweets all the time! Except for ice cream and snacks. Those I HAVE to eat."

So yeah cute, though imaging a older, more classy Hibari is definitely something I desire. I personally see her in a red cheongsam for some reason with longer hair and a body made of sexy curves along with a nice dose of makeup and pink lipstick.

Bonus, the tables have turned on Katsuragi!
http://danbooru.donmai.us/posts/2287222?tags=hibari_%28senran_kagura%29+official_art
_________________
AKA Allan, lurker3009, Swacorpse, current acting moderator of forum/group, feel free to contact me with any questions
Where I find and source pics.
http://swacorpse.deviantart.com/ , http://www.pixiv.net/member.php?id=976522
http://raindayofmay.tumblr.com/ , http://www.hentai-foundry.com/user/Rainday/profile
https://groups.yahoo.com/neo/groups/charmed_by_hypnosis_haven/info