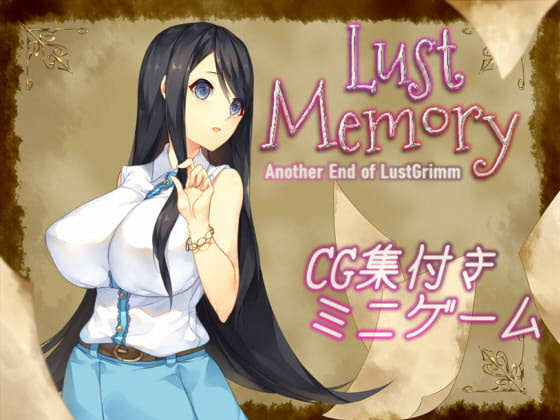 https://www.dlsite.com/ecchi-eng/work/=/product_id/RE262855.html
https://e-hentai.org/g/1470219/06a316cf55/?p=2
Note that the gallery includes the bad ends of the previous title Lust Grimm, since they are also included in this game. Lust Grimm stars a male protagonist that gets raped by the succubi/monster girls if he loses to them. Nothing we haven't seen before in that regard, but still good art and well written.

There is only one ending in which it's clear what happens to the protagonist:

Spoiler:
According to the wiki: https://lust-grimm.fandom.com/wiki/Lust_Memory

Near the end of the game Chloe gets told it is her fate to become a succcubus, and faces the final boss. If she loses she succumbs to pleasure and becomes one.

What's very notable is that this bad end is the "canon" one since she becomes a succubus that appears in Lust Grimm: Manuve.

Something else I find awesome about this game is that many of these enemies show up on Lust Grimm so you can now get the satisfaction on seeing them sexually have their way with a female character instead. I hope one day we can have an MGQ game with a female protagonist in which she not only gets raped but also corrupted if she loses. For now, the closest thing we have is this (and one ending of the Cecil's Adventure fan-edit for MGQ).

Do you get to see the process of the corruption or is it a fade to black thing?

It's probably fade to black with a text describing it since the gallery doesn't show any of that. I've yet to play the game so I'm not sure.