While working on a caption, I came to a drastic decision... In that I went "You know what, screw it, Esmeraude is the Queen of the Black Moon Clan, there are no males, and she's a lesbian", an ideal setting, yes? But yeah, it's something that I harbor in my mind every time I do a caption, "how well can I fit this into canon", and this has always been something I try to squeeze by usually. For example, when writing stuff with Charlotte from Castlevania in it, I usually go with the Harmony of Despair as the setting even through it's definitely more fanon than Portrait of Ruin, just to avoid having to deal with Johnathan and being able to include the other Castlevania ladies in it. Sometimes I will do PoR, but have the two have a fight beforehand because that tension is there and is canon. Thus I can make use of it to get Charlotte alone.

But I wonder... would it just be better to go the fanon route, make Johnathan a busty tomboy olive skinned girl with long blonde hair who's oblivious to Charlotte's feelings and easily caught off guard by seduction magic? Where Stella and Loretta are the rulers of the castle and both enjoy painting various kinky themed worlds, each one with a eye on a different girl to make theirs if they prove themselves worthy and don't fall for the temptresses within? It wouldn't be too far off of Jonathan's character in the actual canon(see the Astarte fight), though certain new quirks would be added, and of course I went over the deep end with the sisters... But isn't that more enjoyable?

I'm just curious, doing it within the realms of canon does feel more genuine I will say, but even then we bend it a little, don't we? Villainess and monstergirls don't kill, they capture, enslave, and convert. Also, most of the time they develop a strong lust for female characters. I'm not saying it's wrong to do so, in fact it's what this group/forum is all about! I'm just curious I suppose, do you stay with canon and appeal to it as much as possible? Do you go off the deep end and create the ideal setting? Or do you try to find the middle ground, where there may be some plot holes but no one cares because it's sexy fun?

The one argument I hear about going off the deep end is that "well, why don't you create your own ideal characters then?" There's nothing wrong with that, and it does give you better standing in the writing community at large I suppose, but sometimes you want to do something with Sailor Moon or Tifa because you really enjoy those characters and the setting, and people are familiar with them. You just need to bend it(or corrupt it) to better fit your needs a little, and in my eyes, there's nothing wrong about it, it's why this place was founded, so we could enjoy these fantasies.

But yeah, just curious about your thoughts on the matter, feel free to share.

for me , i try not to go deep , i would change a small thing here and there but nothing major

for example if i'm writing story set in the DC universe , i may make Wonder Woman have lesbian tendency , while DC doesn't show her like this , its hinted from time to time ( island full of woman ..etc ) but i wouldn't start Lois Lane as lesbian ( maybe converted in the story ) because i have never seen hints of her in the story

Personalities often need to be tweaked to make the story work and anything without some kind of reset button at the end throws the course of events off entirely. The way I see it you're already making changes to canon, might as well make a few more. However Singory is right, there needs to be a line where changes become unacceptable due to differing too much from canon.

The way I see it, most fanworks require tweaking the canon a bit for convenience's sake. Anyone reading fanfic will forgive a few creative liberties, but there's usually a line where they'll think you're just writing characters In Name Only.

To give an example, let's take a female character who is canonically attracted to someone of the opposite gender. Say...Yuno Gasai of Mirai Nikki infamy. Her main deal is her ax-crazy devotion to Yukiteru, to the point that her magical diary only tells her things he does or that happen to him. Could she be written as a main character in a yuri fanfic? Well... maybe. At one point late in the story, she admits that her attraction to Yukiteru (and his attraction to her) isn't so much to him as a person as it's to something he represents in her mind, so a writer with some small skill could tweak her backstory so that some other girl might fill Yukiteru's place. The trick is in keeping her personality as similar to canon (allowing for any changes the new object of her affections might cause) as possible. Warp her personality too much and she might as well be an OC with pink hair.

To put it back in the Sailor Moon terms, tweaking the canon so that Emeraude is the one ruling the Black Moon Clan is kiiinda pushing it, since her canon crush on Demando is such a large part of her character. It's not as big a part of her as Yuno's obsession above, so it could be handwaved, and people who read EC stuff sweat the details less than the usual fanfic readers.

Concerning the Castlevania stuff, though... Rule 63-ing Jonathan is really pushing it. Putting Charlotte in Harmony of Despair, or having her storm off on her own after getting sick of Jonathan, is better. Tweaking the PoR story so that Loretta and Stella aren't being controlled by Brauner, even if he did convert them but he's no longer alive to call the shots and they don't care about resurrecting him, is okay, though.

But that's just my opinion and your mileage may vary. Most of the characters I like practically require some canon-bending and occasional canon-breaking for a story to work so that I'm not left writing things I hate. 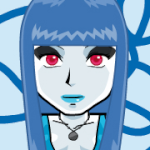 Rubyfruit wrote:Most of the characters I like practically require some canon-bending and occasional canon-breaking for a story to work so that I'm not left writing things I hate.

This pretty much sums up everything that needs to be said. Bend the rules, but don't break them... If the characters in question don't even remotely resemble their normal selves, then you might as well be writing an original story with your own characters and break away from fanfiction entirely.