Since I've never seen this one around, I might as well post it. Mary Skelter offers an interesting form of self-corruption in which all the party members in the game (except for Jack) have a chance to enter either Massacre mode or Blood Skelter mode. Massacre basically gives them white hair and pink markings around certain places, and in game makes them go a bit more insane and gives them quite a bit of blood lust. This wears off over time however. Blood Skelter is what happens if they become too corrupted (which happens over time) and are covered in too much Marchen Blood. This causes them to lose all self-restraint, have their weapons fuse to their bodies depending on the character and go completely cuckoo. They will attack friend or foe without logic or morals. Also, they lose all clothing and the pink markings are the only things covering them.

In game this is actually a mechanic, whilst the main character Jack doesn't actually fight, his blood can remove corruption from allies. So he gets a Mary Gun, a gun that shoots out his own blood. Causes him to become quite anemic a few times throughout the games and can either remove corruption or send a person out of Blood Skelter before they go on a rampage. In the sequel, which has just come out in Japan, Jack himself becomes corrupted and turns into a nightmare, basically the game's version of bosses. 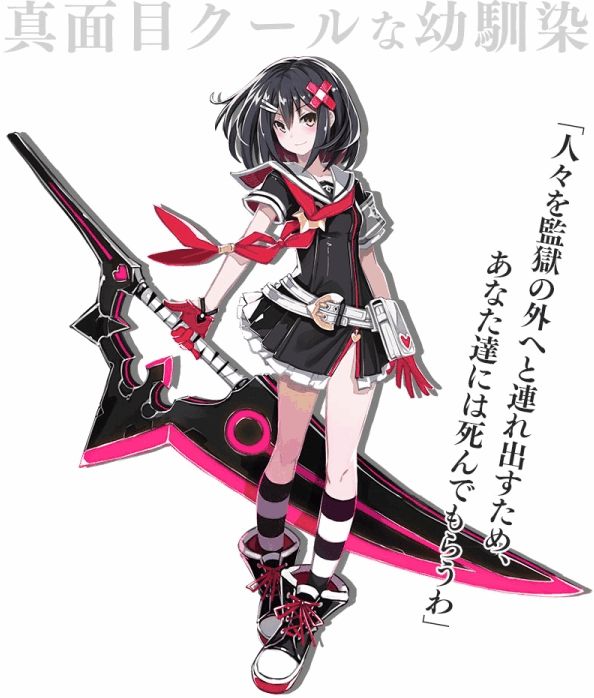 Not sure why, but kind think this was released here already...
Not sure though, the pics of the girl kinda stuck on me...

Definetly interesting game, already purchased it and will take a look at it.

Might even get to buy the next one if it is intersting.