Hey, all.  This is a thread where I'll be making the most recent version of my forums game tool available.  The tool is intended to assist with administering MGCC battles.  Features include: 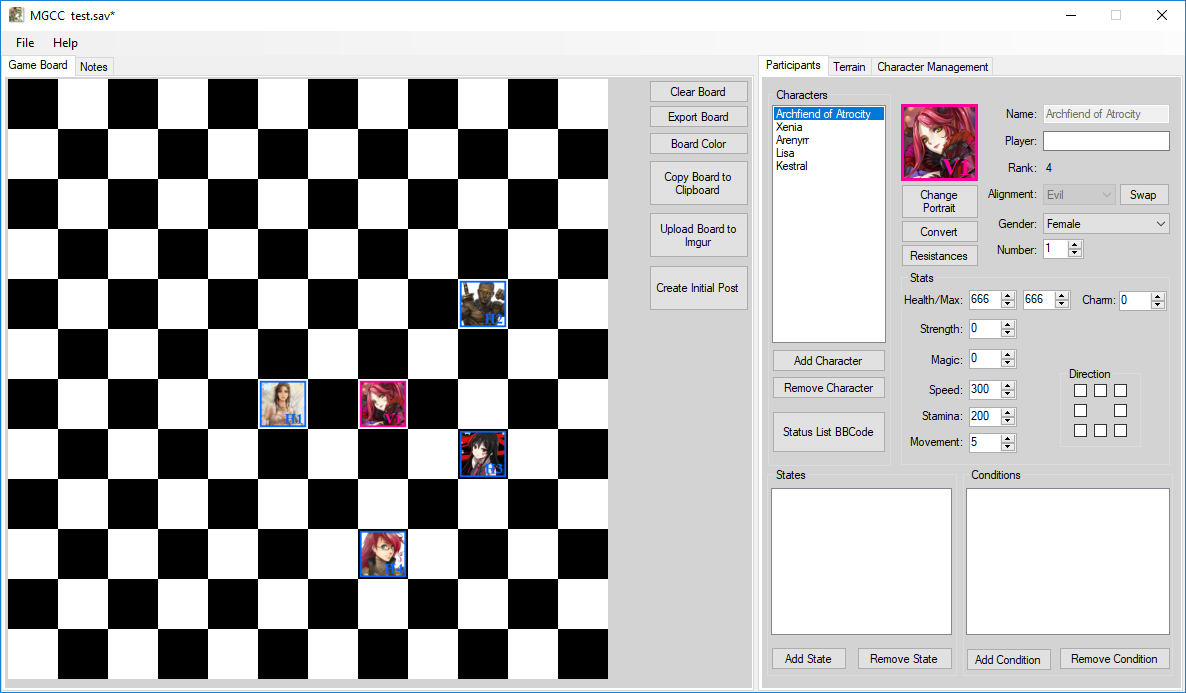 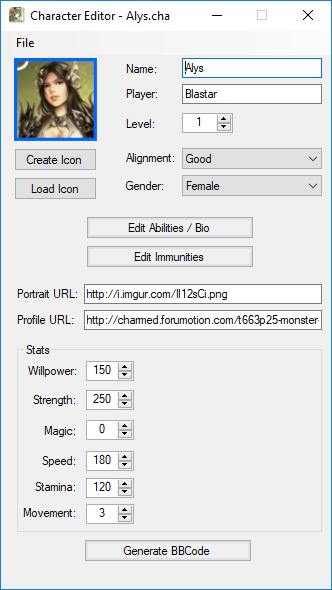 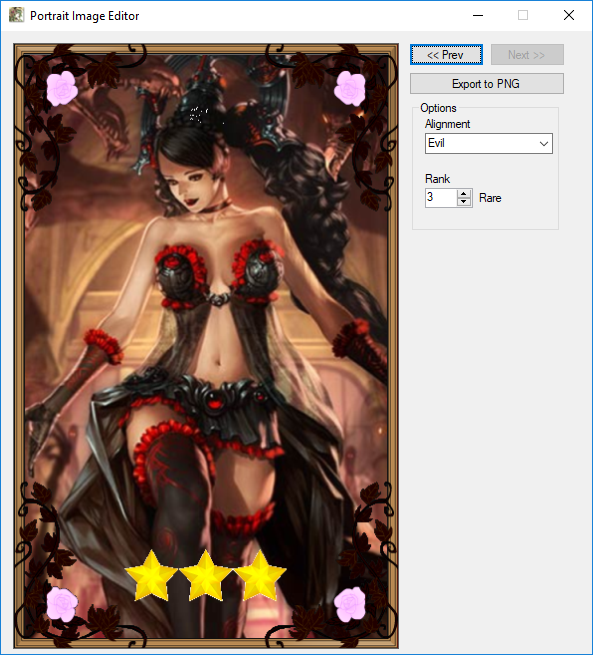 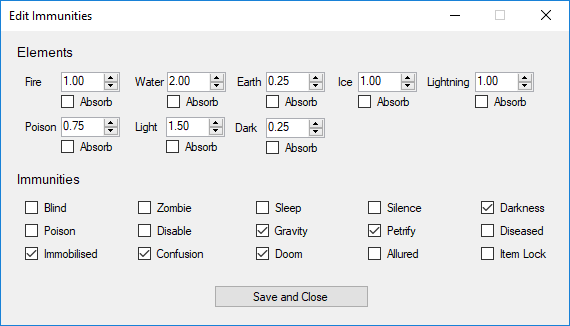 Change Log:
Version 1.3.2.0 [7/8/2018]
- Addressed an bug where character data would get corrupted when switching to a character with lower willpower than the previous character's current charm/hardness counter.

Version 1.2.1.0 [11/17/2017]
- Added villainess rank descriptions to the portrait image editor screen.
- Reverted the "Generate HTML" function for villainesses back to "Generate BBCode" (unfinished).
- Added the ability to indicate the direction a character is facing.
- Added Villainess profiles for The Connoisseur, Nyotengu, and Divine Idol of Silver.
- Added Player profiles for Breena and Squall Leonheart.

Version 1.1.0.0 [6/11/2017]
- Fixed the issue with character save files only saving to the folder where they were originally created.
- Changed the "Portraits" folder to "Icons," to make room for the full sized profile portraits.
- Updated the condition icon links to point to the new website.
- The portrait creation screen now allows users to add card borders and rank stars.
- Added the ability to create html pages for villainesses.
- Board Color button added, which allows the user to customize the color scheme of the game board.
- Terrain tab added that allows the user to place various terrain objects (fire, ice, gift boxes, miasma, etc.) on the board.  Users are able (and encouraged) to create their own objects.
- Added the ability to add and delete states and conditions.

Version 1.0.1.0 [5/29/2017]
- Notes tab added.
- Character Management tab added:
- Will eventually replace the Character Creation tab entirely.
- Currently contains image manipulation functionality, useful for cropping and resizing images into profile portraits and game piece pictures.
- Reversed the board colors to match the old layout (i.e., the top left square is now black, etc.)
- Conversion has been enchanced:
- Instead of being a choice selected from the state screen, it now has its own button.
- User chooses a character or monster from a menu to convert the selected character into.
- The system automatically updates the character's picture and changes their name.  Alignment is left alone, but may be switched manually.
- Conversion status is now listed as "Converted to '[monster name]'" instead of simply "Converted."
- "Copy Board to Clipboard" button added.
- Added "Brand New Look" as a condition.
- Right click menu added to the board:
- Remove a character from the battlefield
- View range markers, up to 5 spaces.  Click anywhere on the board to remove the highlighting.
- Right click menu added to the State list
- May be used to remove states
- Right click menu added to the Condition list
- May be used to remove conditions
- May be used to increment or decrement conditions that have multiple "layers," such as Brand New Look
- The system now tracks when the game state has changed, and alerts the user if they try to close without saving.
- The name of the current save file now appears in the title bar.
- "About" window added (only shows the version number and release date).

Version 1.3.1.0 is now available.  The new version will allow you to generate BBCode for your battle's opening post (example), and upload your gameboard directly to Imgur through the app.

Version 1.3.2.0 is now available.  No new features, but (I believe) I've fixed a persistent bug that kept coming up during the Photographer battle.

I went to download this, but the file seems to have overstayed its welcome on the server. Any chance of a reupload? ^^; 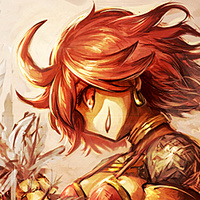 It's re-upped.  Use the link in the original post.