>Lust for More triggers! Astrid must move to Morrigan!

"Come on, quit helping bat lady and help us take her down!"

(Oops, I don't know what happened, but yeah, the picture didn't update.

Astrid should be directly right of Morrigan, below Sein. I'll try to update the picture where I have time)

As the mist gentle caresses Aria as she drifts off into slumber, she feels an incredible change over her body as her outfit is slowly replaced. When she wakes up, she finds herself with bat wings,
dressed in an outfit similar to Morrigan!

>Aria has been converted into a Succubus!

(As usual, converted players can play their characters)

As the transformation into a succubus was complete, Aria felt all her inhibitions wash away. She had always been someone who was openly affectionate, and enjoyed flirting, yet she had to hold back as to not disturb her peers. Now as a succubus, she was now free to let loose. "Ah, this feeling, it's incredible! I want the others to be able to enjoy this bliss!"

"Allow me to assist you, my mistress!" 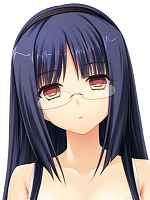 Sein hears a voice in her head...

"It looks like your friend Tiffany has been working too hard recently... why don't you give her a little nudge into the Mist? Tee hee...

As Tiffany (thankfully) cleared the spell out of Astrid, Sein prepared to try and attack Morrigan again... Only to be drawn into her bosom, with an almost immediate effect on the blue-haired cyborg's mental faculties. As Morrigan stepped away, she slowly followed...

... And then giggled at the suggestion passed into her mind, turning towards Tiffany as she raised her hand. "Aero!", she announced, trying to blow her teammate into Morrigan's mist, Morrigan's cleavage occupying the entire space of her mind.

((OOC: As an aside, it might be good to update the 'Converted to Succubus' state on Aria to include a link to the Succubus monster stats. Just, whenever.))

As she channeled her magic, Lulu saw how quickly things were going south for the party. Astrid had broken free, only to fall to Morrigan's charms once again, aiding her and acting smitten. Everyone did what they could to break her out of her reverie while pressing their attacks, and again it seemed like things might be turning around in their favor.

Then Sein was embraced, and started acting enthralled. And the mist spread, covering the area that Aria was in, putting her into a deep slumber. And then she changed, turning into a succubus minion wearing Morrigan's attire!

"Aria, no, don't-" But before she could say anything else, Aria used a new ability that filled them with lust and put them under a negative status effect! The vitality that Lulu had felt off... and between Sein obeying Morrigan and Aria now a converted minion of hers, they had three problems to deal with, which multiplied further. The only upside was that Morrigan suddenly appeared next to her and drained away all the aching lust and need inside her.

"You...that was foolish, doing me a favor like that...", Lulu muttered, cursing herself that she picked a spell that couldn't cover an area now... and that mist continued to spread.

"Stay away from the mist if you can!" With that, she tried to move away from the two closest Morrigans, hoping to create some space and avoid a confrontation until she was ready to unleash her spell.

Sorry, my bad. I'll have her use wafting kiss instead.

As the mist gentle caresses Astrid as she drifts off into slumber, she feels an incredible change over her body as her outfit is slowly replaced. When she wakes up, she finds herself with bat wings, dressed in an outfit similar to Morrigan!

>Astrid has been converted into a Succubus!

(I'll update the map and her token when Astrid has taken her turn, but just as a reminder, she's the top person who's covered in smoke. Also I gotta figure a way to make the terrain cover the characters less next game)

Tiffany's healing had granted Astrid another moment of freedom, but she was dazed by the compounding pleasure of Morrigan's breasts and Aria's newfound succubus skills. When the smoke surrounded her, she was already panting with lust, and couldn't help but breathe deeply, inhaling the smoke and falling into a deep sleep. Upon awakening, Astrid was simply ecstatic to find her mistress had graced her with her likeness.

"Ohohoh, this feels soooo much better~ Thank you, my lady!" She squealed, before drawing close to Sein. "So, you want to steal a kiss from a succubus?" She purred seductively into her ear, before drawing her into an overwhelming kiss.

>Astrid uses Kiss for the Neophyte on Sein! (3 turns to conversion!)

>Astrid uses Kiss for the Neophyte on Sein!

>Tiffany is in the Mist while at 100% Charm Counter!

As the mist gently caresses Tiffany as she drifts off into slumber, she feels an incredible change over her body as her outfit is slowly replaced. When she wakes up, she finds herself with bat wings, dressed in an outfit similar to Morrigan!

>Tiffany has been converted into a Succubus!

Tiffany smiles fiendishly, "Mmmm, this feels so nice! Why were we fighting this again?"

Tiffany spreads her new wings moving 1 down, 3 to the left

"Hey Lulu, quit it with the nasty spells. We should be making love, not war. Pucker up!"

Tiffany uses "Kiss for the Neophyte" on Lulu

(So by my count, on the next turn, the Heroines will all be unable to take any action until conversion.

If anyone wants to write some RP converting/conversion paragraphs, go ahead before I wrap it all up the next day.

Lulu was nearly done casting her next spell, when...well, everything went bad.  Aria's conversion into a succubus led to a chain reaction: her use of an ability filled them all with lust, which was capitalized on by the mist that suddenly covered Astrid, turning her into a succubus minion, followed by Tiffany.  And Breena's attempt to attack Morrigan led to an attack on one of her illusory copies, which sent out a wave of lust that made Lulu and the remaining heroines shudder and stop in place.

Then Tiffany approached her...looking so sexy...Lulu briefly fantasized about what it'd be like to be a sexy succubus minion like Tiffany was.  But she pushed it away momentarily, hoping to resist as long as she could.  Sadly, the kiss that followed was heavenly, making her squirm and flooding her with an ecstasy that set her entire body in liquid molten pleasure.

"Mmmmmhh~", she moaned, the spell ceased in its casting now.

As Sein looked towards Tiffany, seeing her begin to transform, the only thought in her head remained of Morrigan's command...

And then, suddenly, one of her teammates was in front of her. No, she was now a Succubus, she had the cleavage, the cleavage commanded her, she wanted to steal a kiss from a Succubus - and then, she was being kissed forcefully, moaning in pleasure as her glove-clad hands began to slide along Astrid's body, unable to think of anything but the pleasure she was receiving, acting vaguely on instinct...

Upon feeling Sein's hands on her back, Astrid suddenly broke off the kiss and waggled her finger at Sein. "Ohohoho, oh my, seems you've got wandering hands~ I'd better be careful, or my own hands might start to-" She suddenly broke off, kissing Sein with a renewed hunger as her hands began to dance around her body. Each caress seemed to change Sein's body and clothing, filling it with pleasure and lust as her clothing began to transform into the same revealing outfit the other succubi were already wearing.

The teasing was quickly becoming too little for Astrid, as she began to grind against Sein's body and moan into the kiss, hastening the transformation of her sister succubus and ensuring they both loved every moment of it.