Decided to try my hand at creating an RPG system. Basic rules are done, but there's still a lot of details to fill, feel free to offer suggestions!

1) Pick a Class. You get all the Traits of a Class.

Whenever you finish a battle, you may pick a new Perk in your class on level up.

You can also respec your character at any time. Make sure you retain the correct number of perks according to your level!

When choosing a perk at level up, you may pick a perk from a class other than your own. You will not gain any associated actions for perks which rely on them (e.g getting a +1 damage bonus for magic attacks will not let you use Magic if your class does not already have it), so be careful!

This is now your secondary class so write it down (e.g Cleric / Mage). You can only have Perks from one secondary class at one time, though you can respec out of it at any time. 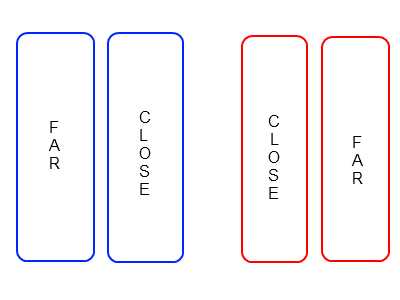 Imagine a standard JRPG battle system. All characters belong to either a front row or back row, which determines which character they can hit based on their action (especially weapons). Certain actions may move character from the front to back row and vice versa.

Everyone makes their action, and then all moves are resolved. Actions are resolved in the order that will be most beneficial for the side - all characters using buffs/debuffs go off, then damage and positional changes.

For players: Generally, player characters will take damage to their Health before Willpower. However, some monstergirls may bypass Health and attack Willpower directly, potentially making them even more dangerous.

When you hit 0 health, unlike other RPGs, you are not Knocked Out yet but instead begin taking double of any Willpower damage dealt.

When you hit 0 Willpower, characters are either enslaved or converted depending on their gender. They move to the enemy team and the player now make their actions as if they were on the opposing team. Converted characters may receive new actions as noted by the monster sheet. Their new Health as a convert is their class's Base Health (before bonuses).

Only when a converted character is reduced to 0 Health again will he finally be KO'd, unable to take any action until revived.

Monsters only have health values - they are defeated when their health reaches 0.

If you have any Armor, deduct that amount from the damage you take when you are hit.

Barriers work just like Armor but usually only for a specific type e.g a Barrier 2 (Fire) would only deduct 2 points of damage from Fire attacks.

Certain actions may require you to make a hit roll. Roll a d10 - you hit on a 6 or greater. Otherwise, you miss. You may be asked to make a Hit Roll at a modifier (e.g a Hit Roll at +2), in which case add that number to the number rolled to determine whether you hit or miss.

Certain effects (especially spells) have a duration roll. At the start of every turn (meaning both the enemy and player phrase has passed), for each effect with a duration, roll a d6. Unless you roll less than the stated amount, the effect ends.

e.g A Cleric casts Enchant Weapon (Duration: 3) on one of his allies. At the beginning of the turn, the d6 is rolled and a 3 is the result. This means the buff is not dispelled for this turn.

These actions are available to all characters.

(Everything past here is very incomplete)

All Heroes are known by their legendary weapon. Excalibur and Masamune are some of the weapons known to be possessed by such heroes, but even a favored simple wooden sword could be considered one in the right hands.

e.g Gourry decides that his Legendary Weapon is the Sword of Light. Therefore, He chooses Sword and logically picks Short as its range. For properties, he picks Element (Light) and Piercing 2.

Jack of all Trades (Action)

During a battle, choose an Action Trait from another class (e.g Cleric's Prayers). You may use that Trait once. Some Action traits may have a "JOTA" additional rules if it requires clarification.

+1 to Hit Rolls when you choose to continue attacking the same target that you did last turn.

Choose an additional property for your Legendary Weapon.

When you reach 0 Health, make a free basic weapon Attack at a +2 Hit Roll.

Clerics cast magic by beseeching their patron deity. Whenever you cast a spell, roll a d6. If the result is more than (3+Spell level), the Cleric has successfully received Divine help and cast his spell.

e.g Amelia beseeches her god for a lv 1 Healing effect. If she successfully rolls 4 or more, the spell is cast. If she decided to pray for a lv 3 Damage (Fire) effect in the form of a Flame Strike, she will have to roll exactly 6 to succeed!

Choose a concept - some examples includes a single Elements, Sun/Moon, Plants, Healing and so on. In battle, you may choose to create a Custom spell fitting with your concept. Describe the spell and the DM will decide on the spell effect's level accordinglu.

e.g Henry chooses Plants as his domain. During battle, he decides to create a "Vine Tangle" spell to entangle the legs of his enemy. The GM decides that this is a Level 3 status infliction move and performs the task accordingly.

Whenever you receive Health damage, you may choose to receive 2 extra Health damage. If you do, your next prayer is cast as if it were 1 level lower for the purpose of success.

Mages have learned a consistent, yet draining form of spellcasting. They begin each battle with 6 Mana points. When you cast a spell and choose an effect, the level determines how much MP you spend on the effect.

JOTA - If this ability is selected, the Hero receives 2 Mana for the purpose of casting spells.

Choose a status condition at the start of each battle. You gain a +1 to Hit Roll when attempting to inflict that condition.

As long as you possess at least 1 MP, your Armor is 1.

Base Health -
Base Willpower -

A Demagogue's words has strange and wonderous powers. In effect, it's like casting a magic spell. This power comes at a price, as words are not easily controlled. When casting a spell through this method, if you are asked to pick a target, instead pick one target from the opposing side and include yourself in the list of targets as well. If the spell effect's targets is naturally All Allies/Enemies, instead all members of the battle will be affected!

e.g if a Demagogue wishes to cast Lv 1 Healing on an ally, he will also have to pick 1 enemy and himself to be affected. If on the other hand he wishes to cast an Damage (Fire) Lv 1, he will have to pick an ally and also hit himself with the Fire damage! Hopefully they have Barriers (Flame) up.

Enemies receives a -2 to Hit Roll when attempting to take any action against the character with the Sound tag.

Reach - Character can be in either Close or Far Range. Targets an enemy of the opposite range (i.e if at Close, can target Far. If at far, can target Close)

Long - Character must be in Far range. Targets an enemy in Close Range.

Sniper - Character must be in Far range. Targets an enemy in Far Range.

Sharpened - This weapon deals +1 damage on a successful hit.

Versatile - Pick a range that this weapon does not already have. It gains that range (e.g a Greatsword with both Close and Reach)

Piercing X (Element) - Weapon ignores X points of Armor. If an element is named, it only pierces through that particular protection.

Status Effects (To Be Completed)

Spell Effects (To Be Completed)

Lv 1:
Damage (Element) - Choose an element. You deal 5 damage of the chosen element to one target.

Barrier (Element) - Choose an element and a target. Target gains Armor 2 against that particular element. (Duration: 1)

Dispel - Removes 1 positive or negative status condition from the target.

Warp - Changes the position of one ally.

Lv 2:
Damage (Element) - Choose an element. You deal 10 damage of the chosen element to one target.

Barrier (Element) - Choose an element and a target. Target gains Armor 3 against that particular element. (Duration: 2)

Dispel - Removes 2 positive or negative status condition from the target.

Lv 3:
Damage (Element) - Choose an element. You deal 12 damage of the chosen element to all targets.

Barrier (Element) - Choose an element and a target. Target gains Armor 3 against that particular element. (Duration: 4)

Dispel - Removes 3 positive or negative status condition from the target.

Revive - Brings a KO'd character back.