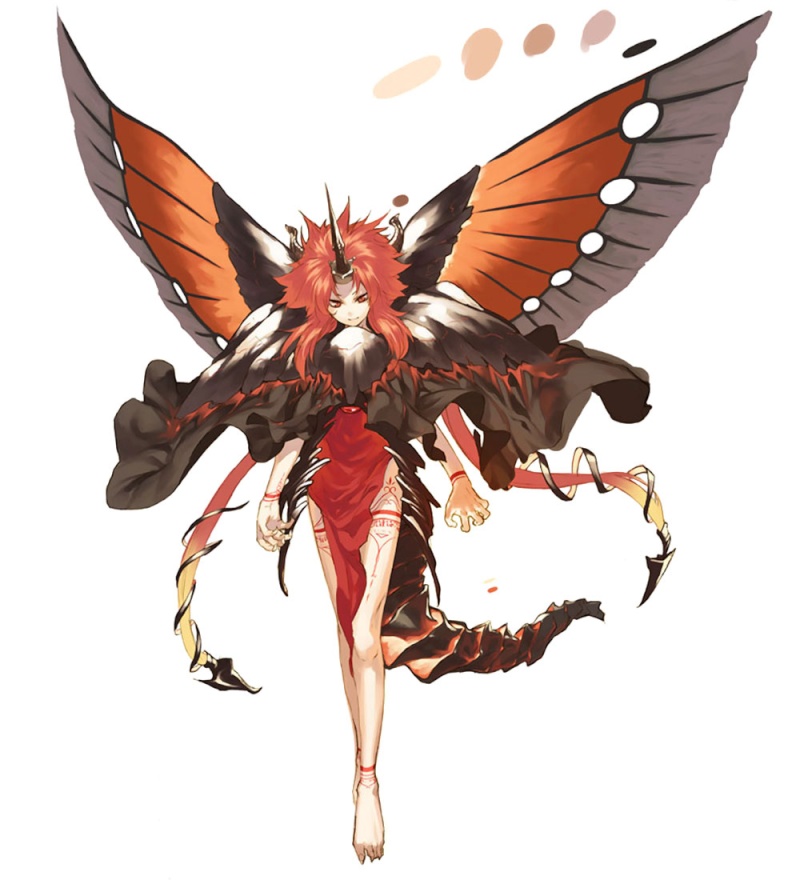 Game: Shining Force EXA
Villainess: Riemsianne La Vaes
Victim: Toma
Method: Kissing(sounds like a deep kiss with Toma)
Effects: Victim becomes a puppet of her will, emotionlessly obeying any order, seeing anyone that commands them as Lady Riemsianne

Okay, so this has a lot of good build up as it turns out, a lot of tempting and seducing going on from Lady Riemsianne, but if you just want the mind control, just go to the vids under the bold lines.  In the meantime I'll describe Riemsianne La Vaes.  She became ruler of her people, the Magnus, and the Queen of of Fyrlandt at a young age because she defeating the previous lord at the age of 12 via her gift of magic.  She's not so much a villainess as she is a antagonist as she cares a lot for her people, though doesn't really care for humans(especially when one is trying to cause a war with her people to awaken a great evil). However, she is very cunning, deceptive, cool headed, yet seductive, and uses these to try get the current wielder of Shining Force(a divine sword), Toma(though she only becomes aware that Cyrille also wields half of the weapon much later, not that it matters to her to much).  As a result of that she tries to tempt and manipulate him to her side before the coming war to get rid of the human.  This is what follows.  While watching the playthrough I also found out something interesting, she can assume complete control of a Magnus from any difference it seem(she uses it on the little girl in your party, Amitaliri, one of her scouts).  Seems similar to a possession.


Lady Riemsianne saving Toma and introducing herself to the party(15:40-end)


Much later, human king makes advances on Cyrille and knows the secrets she is hiding...  She considers it but Toma sees them talking and gets mad and leaves, while Riemsianne using Amitaliri again watches, laughs and prepares to use this as blackmail (beginning to 9:13, but if you don't want to get bogged down with all that and just see MC start at 9:06), THEN possessed Amitaliri talking to Toma and then knocking him out(9:32-10:15) Then the discovering of how that happened by the party and Cyrille mentioning how she was controlled(11:16-12:29)


The showdown between Cyrille and Riemsianne (0:41-1:30), fight in between, then THE EFFECTS OF THE KISS~(3:28-5:17)(and a little bit more if you want to see is broken and precious Cyrille happy)

I'm going to keep watching to see if anything else turns up, but there's the important part, and sexyness and plot. There also appears to be some cosmetics with a outfit that make's Cyrille look like the human king in dress... Curious, I wonder if anything like that exist related to Lady Riemsianne.

Very nice , scenes with build up that involve temptation and seduction are my favorite ones .