DoubleEdged pointed this out to me and with great gusto I will make a sighting for it.  Keep in mind our information is limited as the game hasn't come out yet.

"Cia is the embodiment of evil that extracted the good out of a certain witch’s heart. She’s honest but egotistical, provocative and aggressive. She has a strong desire of wanting to make everything in the world her own, and most of all, she wants the hero Link all to herself."-Siliconeria

"Cia is a witch tasked with maintaining the balance of the Triforce. Although a good person at heart, she comes to harbor serious affections for Link which in turn becomes deep-seated jealousy directed towards Princess Zelda. Cia then becomes possessed by a dark force. This leads to her waging war on the kingdom alongside her companions Valga and Wizro.
Cia has a very strong sense of self, being clear about what she wants and displays an unusually aggressive and provocative personality. While she desires the world itself, above that she desires Link, wanting to make him hers." -Hyrule Warriors Japanese Webpage
Now, I don't personally know if this "good witch" is a new character, or one of the few good witches in the Zelda universe.  A good witch that is to balance the Triforce...  That's all we know, so, it could be a decedent from the Seven Sages...  or it could be one of these two grown up.
http://zelda.wikia.com/wiki/Irene (spoilers for A Link Between Worlds, which I need to play)
http://zelda.wikia.com/wiki/Maple (Orcales games, Link to the Past)

However, again, all speculation at this point.  I'll let you know I get any info as to possibilities.

Yes, as a old fans of KOEI and warriors series, i already aim for Hyrule Warriors because of her. Her design were awesome and her character speak louder to make me observe her more. Let's see how Zhao Yu, eh, Link handle her

Yup, the character were not even show up but her fan art already appeared (and of course the H ones... )

Alright, after looking at a few more things, I'm ready to post some Cia theories.

What can somewhat allow me to think that is particular elements shared between the two-
1) Hair bangs
2) One side shoulder-less, one side huge sleeve with shoulder mantle
3) Orange feather decoration on/around head
4) Upper arm bangle
5) Thigh bangle
Of particular note though, these elements are MIRRORED on the artwork we see so far. What is on Blue Girls left is on Cia's right. This could be artwork orientation error, and they won't actually be mirrored, or this character really could be someone different, but who knows...

According the backstory, she gets jealous over the relationship Link and Zelda develop. And yet, what we know of Link so far is that he's a NEW recruit in the Royal Army, unknown by major people (Impa: "Is this kid really just a recruit?"). Unless she's known Link since before he joined the Army, she'll probably just have her eye on him just like everyone else (Tutorial and/or First level), and just as she realizes that she feels something for him, BOOM, the princess herself forms a particular relationship with him, cue downward spiral of jealousy and corruption by dark forces. This is probably going to be an early-game corruption that we'll actually watch, should this character theory be accurate.

EDIT: ... This could also be the entire issue of why they haven't shown Dark Witch Cia internationally, and why they might be censoring her for international versions. Skin Color.

This has a strong possibility, and would be great if true for pretty much ensuring that we get to see the process.  The only counter I could possible see is if Cia is that girl's twin sister who she is trying to save. The only thing that leads me to this theory is the similarities pointed out(down to the clothing and bracelet placing), except everything is mirrored...   Hell, their leg ornaments are nearly identical(two blue stones on a gold bangle), so it could be a marketing trick where one is mirrored, EC could cause the mirroring, or they're twins(though this is loose as hell, the only thing that leads me here is the mirrored differences and blue and red).

EDIT: Everybody is too uptight about this stuff >_<  Damn over sensitivity!

Something else that I can't help but post, and was it fast...
http://danbooru.donmai.us/posts/1710430?tags=great_fairy

how do you know her name pre corruption isnt lana? Here's her scan if anyone interested... Until now, Cia is still mysterious and not yet known for playable or not...

I think it's definitely confirmed now. Separate people, but they are connected.

... Damn, she was such a perfect specimen though. T-T

Well, this does lend some credence to my twins theory.

Oh, these somehow slipped by me... 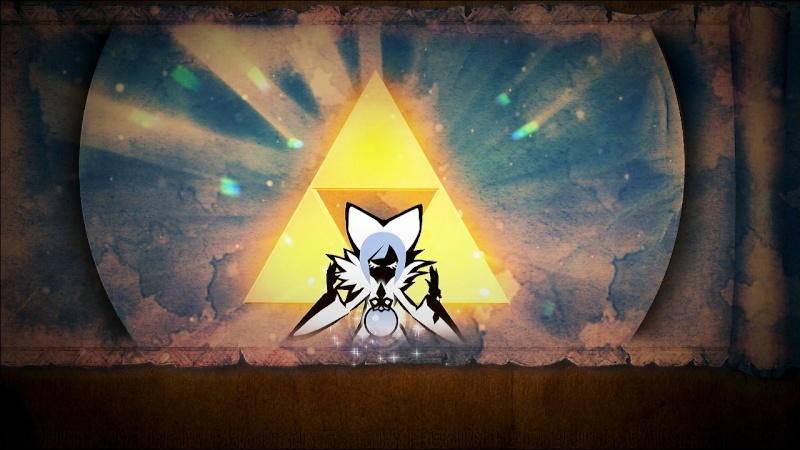 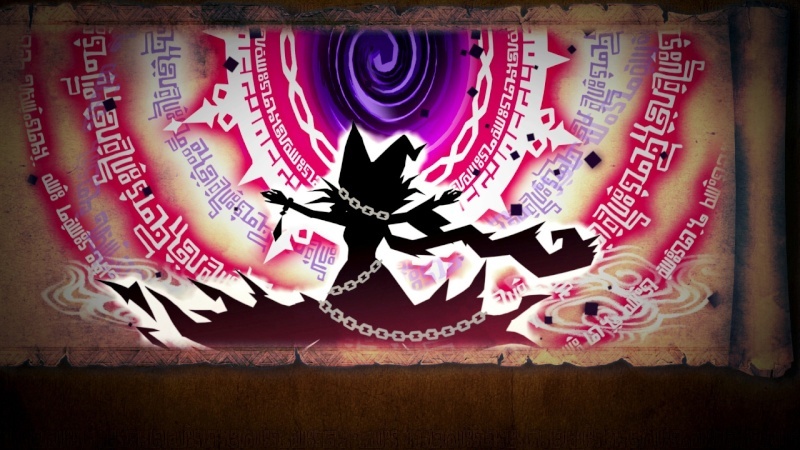 ... Also, new theory time,
-Lana is Cia's (younger?) good self that separated when the mask fused with her.

Word is going around...

... The original HW villains are not playable...

DoubleEdged wrote:Word is going around...

... The original HW villains are not playable...

...  I'm going to attribute that to people discounting them after the recent trailer...  game shouldn't be out till tomorrow in Japan...  if I have my time zones right.

(aka DENIAL TILL THE VERY BITTER END)

Yeah but... well, it looks like breaking the street date can happen in Japan as well sometimes. I've seen the images that show some of the big spoilers. If they hadn't been stating outright that the OC villains weren't playable, I wouldn't have looked. But that wasn't the case, so... I gave up. My interest in the game has pretty much left. Maybe better luck 3 years from now if they decide to do Hyrule Warriors 2, and at least do something like the usual Musou games and retell + expand the story. And here is Cia without mask: Cia is indeed is Lana, they are both originally one same person, but separated, the evil one is Cia, the good one is Lana. Story leak from i gather is: When Ganondorf want Triforce, Cia defeat him but Ganondorf corrupts her that made Cia split her good side (Lana), so Cia only have her 'evil' being and held the Triforce. At Lana's ending, it seems Cia dying self giving the triforce power to Lana.

Replying to the above:
So you're saying Ganon actually got himself hijacked, for once?

I gotta say, the sheer goofiness of Cia getting split into good and evil halves ala Piccolo is just endearing. And man, she's even hotter without the bird mask.

Also, maybe this means Team Ninja can include Lana as Cia for DLC?

Spoiler:
People are REALLY hoping that the HW Original Villains will be DLC, or even content that's ready for the international release. I just find myself dumbfounded that they "suddenly" put in Zant and Ghirahim in due to request, yet these original villains they've been hyping from the beginning aren't good enough to be included as playable characters. Cia was the biggest thing for me, and Valga was definitely something to look forward to as well (don't care much for Wizro). And the biggest disappointment of all for the ending?

Spoiler:
Cia DIES. She doesn't return to her old self along with Lana. No Lanacia/Cilana/??? great witch. It all ends with just Lana. But you know what? If they had at least had the HW OVC trio playable, I think I could at least deal with that sort of ending!

But all we got from the trio is lost potential. Or was the international community the only one desiring to play those characters, and Japan was completely uninterested?

Not spoilering this part because there's nothing to spoiler

I don't know, going by the other boards I've been following, a lot of people don't care about the OCs and would rather have more Zelda characters to musou around.

I can confrim from a character select screen I saw only 13 people including question marks, that would rule out the 3 originals. But I do have hopes for dlc for cia and the other 2 if there is a high enougth demand for them.

yes im disapointed that she isnt playable as of when typing this. But im still getting this game, also any word if there are multible endings? as in ones staring the other characters.

they confirmed additional contend is being worked on, including additionl characters.

Well, not that this game is relevant to sexualized corruption anymore, but... 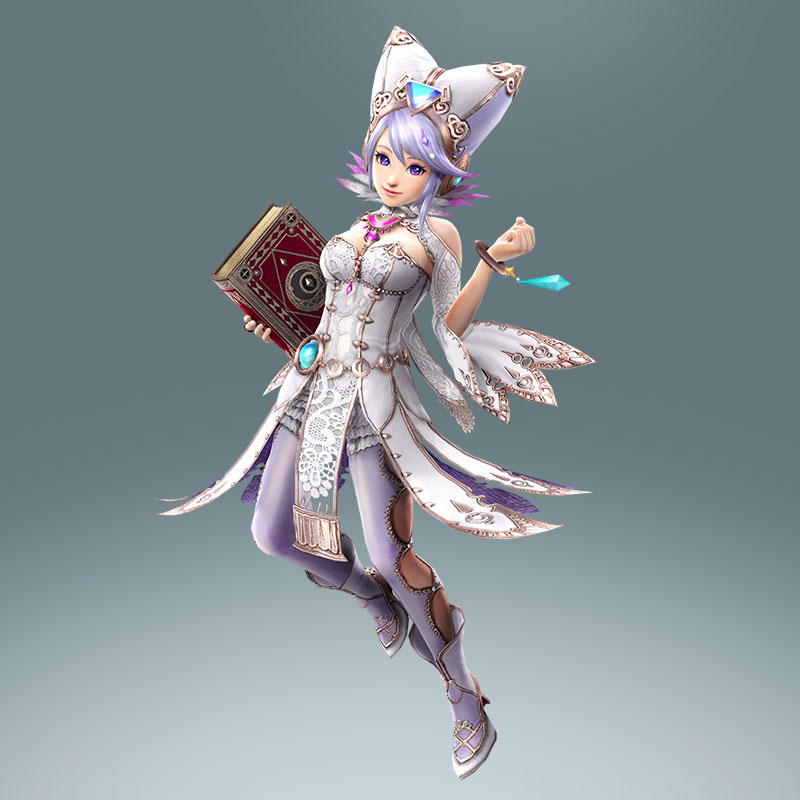 So we can probably assume this was the garment of the great witch, whatever her name might be, and she had lilac-colored hair (Not blue, not silver, lilac).

As this video shows after the Cia promotion, the costumes will be priced at 200 yen in Japan, so probably will be $2.00 over here. Or one can get the Master Quest DLC Package, and get the costumes, Horseback-moveset Link, a new Adventure Map, and a new Scenario for 1200 yen (Maybe $12?), rather than spend 1700 getting each thing individually.

Also of note- Cia's outfit comes with options- Cowl with mask, Cowl, and No Cowl.
I'm wondering if the same can be done with "Original Witch" outfit. Probably not though, because at least Cia was already rendered those three different ways in the game before they even made her playable.

Interesting, very interesting... I maybe actually getting this game soon(which means having to give my brother the PS3 for a while) and this just makes that season pass look all the nicer. Also, Cia has a heel stomp *squeee*, and never fear, for I will find a way to corrupt this story, once I understand it better, hehehehe.

Also, damn if her light outfit isn't such a perfect mesh of cute and sexy.