If you could be converted...

If you could be converted...

Hello, not sure if this is where I would post this but I was wondering if you were to be converted/seduced by any Monstergirls/Villainess which one would it be? How would you be converted? Would they changed your gender?

Snow/Pollensalta/Jemnezmy (FFVII) - Really like their outfits. would be seduced to becoming their male slave or be converted to one by being forced to dress in one of their outfits.

Succubus (in general) - Always had a fascination with these monsters, I would like to be dragged to hell/underworld and forced to serve for all eternity

Catgirl (in general) - would be tranformed into either a catguy or a catgirl slave by being seduced into drinking a magic potion by a pack of Catgirls. 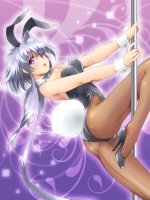 Heh-heh... now this truly is my fetish. I'm an M, don't let anyone tell you otherwise. I always get off on the victim's POV rather than the aggressor's.

Pollensalta- I'd attempt to resist any sort of mental assault to the point where she'd have to paralyze me to accomplish anything. Then she comes after me with physical seduction to eat away at my mental resistance, until I finally find myself succumbing to what she desires for me. And then she'd choose a role for me, though would probably work some gender magic, and have me become Jemnezmy or Snow.

Zofa Soldier- Parasitic rubbery cells that become an external nervous system, causing every touch to yield excruciating pain and converting it into absolute pleasure in the mind. HAIL!!!

Dracula's Harem- So many delicious female demons in Dracula's castle. If anything, I'd want to know how Lady Carmilla would try to get me to fall into darkness (Circle of the Moon Carmilla, not Judgment or Lords of Shadow). She'd take on her more noble appearance first... actually, that's probably all it'd take to start to tempt me, but then when she goes in for the strike, she'd take her true vampire form. I don't know whether I'd end up a lesser vampire myself, or an even lower form of demon; wouldn't mind becoming a succubus type (they have some nice corsets and boots).

Morrigan from Darkstalkers would be my ideal pick. She's not evil, but a force that maintains balance in the world, which appeals to me. In addition, she is fascinated with humans and their ways of preoccuping themselves, as well as what they do for entertainment and pleasure. Acting as an attendant would mean travelling around the world and seeing new sights, as well as getting into some hijinks. All this and the potential for "one on one" time. XD

Pollensalta: same reasons that you guys have given, pretty much.

Getting turned into a sexy witch/sorceress, bunnygirl, or harem dancer by a witch/egyptian genie/pharohess (sp?)/female nightclub owner appeals to me too.

Now that I've finally released my new caption set I feel I can indulge in this, and of course this would all be tg, so I could finally experience sweet yuri...

Melona, aka the perfect slime girl(only one near her would probably Alpha-152 because of sheer boss hax strength). It's also kinds hax too since Melona can shape shift into anyone with reasonably comparable abilities, so that's a definite bonus. Oh, and did I mention I would be a fucking slime girl with bunny ears that is nearly indestructible and can shoot acidic milk out my boobs that only melts clothes and have awesome clover irises? As for being seduced by her, oh boy there would be so much teasing... and the possibilities of slime... *sigh*

Next up, Alura Urn. I get the lifestyle would be very calming, not to mention I can lure girls close, seduce them with pheromones, or just grab them with my tendrils for some special honey pot action, or bud around them for a more intimate affair. Afterwards I can either make a garden with them or have them spread my seeds... As for the conversion process, I could see buds and flowers popping on here and there... either that or my old body becomes the roots and sprout from it in a glorious new form.

Finally I guess it would half to be ghost girl, more specifically ghost maid, and even more specifically, Airi. Again with Queen's Blade you say? Yes, I do say. Being a ghost girl who wields a scythe and drains energy out of girls, making them weaker and weaker, and then take them to some secret mistress to train just sounds like heaven for some reason... wall phasing and spooking people out would be a bonus. Also, if captured, I could always wait to seduce someone into releasing me. As for the seduction... Let's go a interesting route, already dead, just a will'o'wisp, she finds me, coddles me, and forges me into a new form to help serve her... *dreamy sigh*

Yeah, some of these are a little freaky in the method, but it's my fantasies so yeah!

Succubus: Especially if I could be an Omnibus like from CoC, equipped to give and receive tons of pleasure. Or from Village of Corruption, also good.

Barb-e: I think the whole smoking femme fatale thing is hot and would love to join in.

Koopa: Specifically Taoyan's Koopa Peach. I would love to be a giant herm with mouths on my piranha plant breasts.

Youma: This might be cheating but I've had an idea for a chimera youma for the Transitions series, one with a dragon body, gargoyle wings, bat arms, dog cock, and multiple cat tails. I would be that youma in a heartbeat.

Shadow/Persona: I would be Damu Otoko's Mitsuru/Mara fusion, especially when Chihiro is a monster too.

Lesbian: Most definitely cheating, but one of the Lesbian Land/Kinky branches I wrote for the BE Addventure Introduced a version of the Lesbians to regular earth where they would be able to convert others into Lesbians. I would be first in line.

Mmm, well, I think the character I named my account after says it all (click on the picture, it's a link): I'd love for there to be some transformation in there... Though I am not very much in to TG and such... the FACT that I'm not makes me want it to happen. Because I would resist it so strongly that it would make the acceptance all the more sweet when I am.

Barb-E stunning me with smoke, brushing my face with that gloved hand and then brushing off my clothes with the smoke as if it were paint that she slathers over me using her pipe as a brush... all the while I know and feel what's happening but can do nothing but to become another one of her brainwashed pets ready to snare more captives for her.

Or maybe Succubus. Lulled by a siren song and made to worship and adore before I am bitten and made an Incubus slave.

Sorry. As you can see I put a lot of thought in to this.

The fact there is an explanation for why it happens is always a bonus.

I have so many favorites personally. I guess the whole Barb-e transformation appeals along with similar things, but I've always liked the idea of being converted into another womans copy in body and mind. I think the whole concept of identity death is interesting when it comes to such things, along with uniformity. Good example would be something like this http://majorkerina.deviantart.com/art/You-Are-Me-TG-171260814

On another note, I do love the whole idea behind the Zofa Soldiers as well~